So it would probably be a good thing if we had a few more banners. I sort of threw four random ones together to make sure the randomizer would work, but that's all. So post some banners in this thread, and if I like them I'll add them to the lineup. 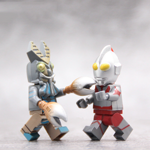 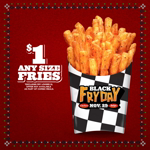 You may only post in this thread if you have been posting, browsing, or lurking mecha related boards for more than ten years.

To get things started, why are you still around? Why do you keep coming back to these boards when it's obvious that your time has come and gone? The new shows are disappointing, the new posters are mostly dumb shitposters(remember when trolling was a thing?) and you don't even post that often anymore, yet here you are, on a chan dedicated entirely to mecha. Why?

I can't quite explain it, but mecha just resonates with me on a deep level. I genuinely cannot understand any reasoning people might have for not liking giant robots. If the USA went to war with North Korea, and it was announced that there would be an experimental mecha division, I would work my ass off to join it. Even if they where shitty mass-produced Mega-bots I would stay up all night studying how they work.Even if my entire battalion where man-child otakus like us, I'd fight proudly along side them. Even if the whole thing turned out to be a massive failure, I would proudly wear a Mecha division patch on my hat and our battalion's insignia painted on my robot arm. Even if was for a cause I didn't believe in that would make me a monster in the eyes of history I would gladly climb into that cockpit. Because after everything is said and done, if there's one thing in this world I believe in it's Giant Robots
..
dorkly_chair at instituteforspacepolitics.org 2017-12-29 02:28:15Z No. 27
>Why?